Is Turporken the Thanksgiving Trifecta?

Ham, turkey or turporken? Yes, it really is a thing. Turporken is a chicken stuffed inside a pork loin inside a turkey with two kinds of stuffing. Some are even wrapped in bacon and feature cornbread sausage stuffing. Now, that catches my interest.

You can find this Cajun specialty online for $80 to $100, or you can scroll through several YouTube videos that will show you how to make your own.

Turporken is an offshoot of the popular turducken that combines turkey, duck and chicken. According to Chowhound, a website for the “food-obsessed,” turducken was evented by Junior Hebert with his brother Sammy at their butcher shop in Maurice, La., in 1984 when a farmer came in with a freshly killed turkey, duck and chicken. He wanted them stuffed. So, the Heberts put it all together, smearing a little pork stuffing over the duck before putting it into the turkey and then working in the boneless chicken followed by some cornbread stuffing.

Not too long later, sportscaster John Madden discovered this delicacy and began giving one away to the winning team at the Thanksgiving Bowl in the late 1980s.

The reviews on turducken vary, but Portia Stewart, Farm Journal’s content strategy director for producer media, says her family serves one every Thanksgiving.

“I think it started as a food dare,” Stewart recalls. “My husband heard about it (probably on sports radio) and ordered one. We liked it so much it became our preferred Thanksgiving meal. We usually have a generic turkey as well, but everyone gravitates to the turducken—just at the least to try it.”

She says they order their turducken from the Cajun Grocer and it’s delivered frozen in a Styrofoam cooler, boneless and fully cooked.

If that’s a bigger step than you are ready to take, maybe you can start with Pringles instead? On Nov. 7, Pringles released a turducken stack kit for those who don’t want to order online or go through the tedious process of stuffing deboned chicken inside a deboned duck and stuffing that into a deboned turkey before cooking it.

I’m not sure the turducken “triple threat” from Pringles will come close to the real thing, but I’m guessing it may be a little cheaper.

Tell us what you’re serving this Thanksgiving. Move over ham and turkey, we’re adding turporken and turducken to the list this year! 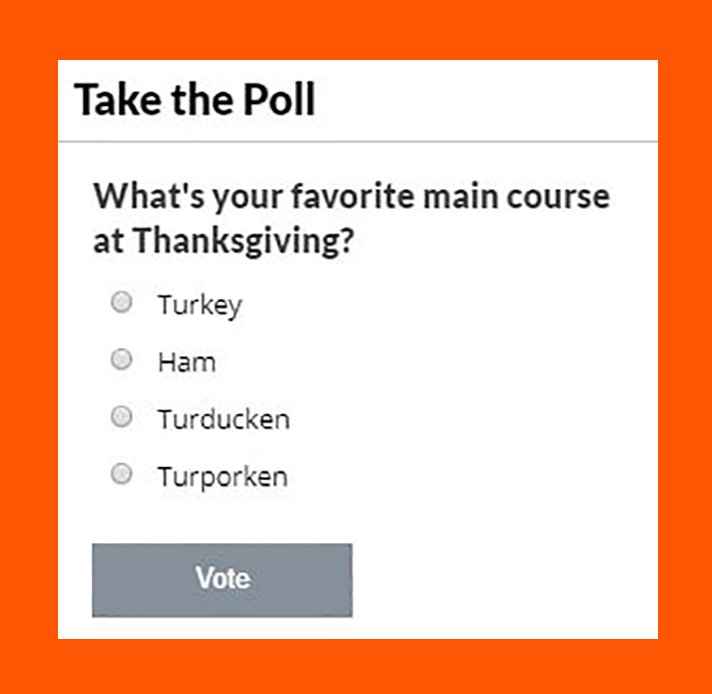 The Ability to Remember

Diseased Vs. Infected: Why the Difference Matters
5

Paul Neiffer: What You Need to Know About CARES