As a leader, your essential function is avoiding escalation. Breath and evaluate. Set a time to address the issue and let all parties know when it will be discussed. ( File Image )

It’s the little things in life that make it worth living … and make you want to pull out your hair, quit your job or fire your family. Seemingly small matters can morph into emotional trials or even worse outcomes. The solution is to diffuse conflicts quickly and build a culture in your business where people learn to work small things out and let them go.

I was reminded of this when I received a call from "Jerry." He was debating whether to fire one or both employees involved in a conflict about break times. This small issue was causing all kinds of problems, including a wrecked grain cart and a broken wrist.

The two long-feuding employees, Ashley and Justin, took their disagreement public. They were seen arguing at the local elevator and then took it to Facebook, calling each other names and denouncing each other’s work ethic, ability, smarts and more.

Jerry was appalled, embarrassed actually, that such as simple matter had gone to extremes. The thing about petty conflicts is they undermine trust and respect. Worse, these nagging issues make the workplace unpleasant and people lose productively.

Remember, while most of us don’t like conflict, it can be productive, and it doesn’t have to last. Here are a few tips to quickly diffuse small conflicts and prevent them from brimming over:

Consider the topic of disagreement. Is it something to discuss? Could there be a problem with a system or process that needs fixing? In Ashley and Justin’s case, the break times weren’t clearly delineated and the two had different views about what that meant. Fixing this situation early on may have solved the problem and provided clarity for everyone.

Take action quickly, but never instantly. As a leader, your essential function is avoiding escalation. Breath and evaluate. Set a time to address the issue and let all parties know when it will be discussed. Often, talking in the morning is best.

Let everyone involved know when and where and exactly what will be discussed. This is not the time for secrets. Be direct and clear and set that expectation for all. Ask them to prepare and come ready to clearly explain what happened.

During the discussion, ask each party to explain their position and role in the conflict. No one gets a free pass. Even if one person appears to be clearly in the wrong, the other may have reacted poorly causing the problem to expand like hot air in a balloon. This is the time for behavioral change to begin, if people are willing.

Come to an agreement about what change is needed. Instead of acting as a judge, invite the individuals involved to determine the best path forward.

Take decisive action if no improvements are made. In Jerry’s situation, he had waited several weeks before getting involved and the two parties behaved poorly. He acknowledged his biggest downfall had been waiting for the issue to clear up on their own. Ultimately, once the expected change was clear, Ashley left the organization. Justin stayed on but had to rebuild trust and respect with fellow employees, as well as Jerry. 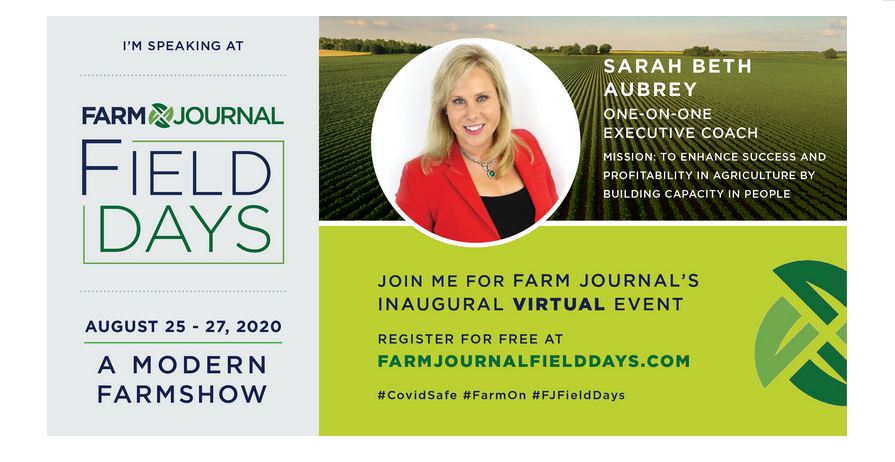 Sarah Beth Aubrey’s mission is to enhance success and profitability in agriculture by building capacity in people. She provides executive coaching as well as peer group and board facilitation.

PREV
How To 'Beef Up' A Dairy Breeding Program
NEXT
USDA Sec. Perdue Confirms Participation in Farm Journal Field Days

Angus VNR: A Call for Backup